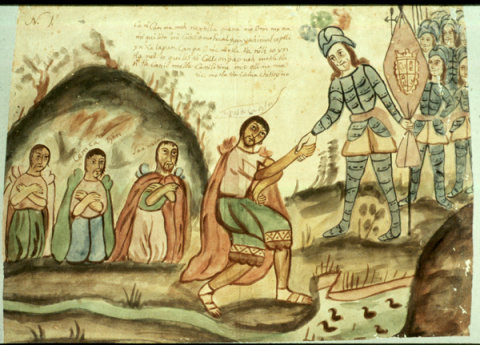 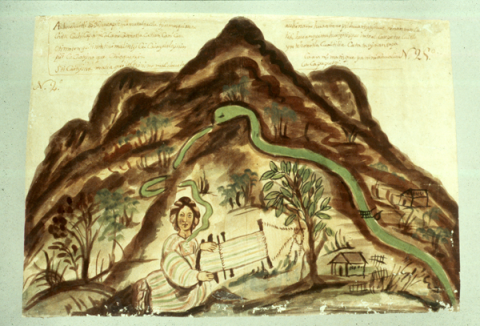 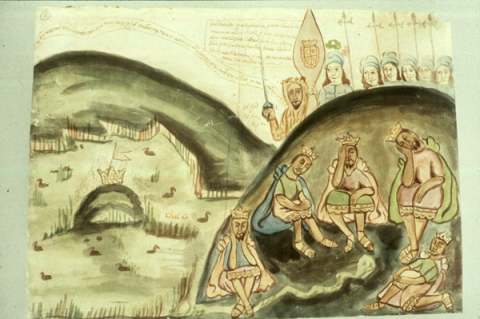 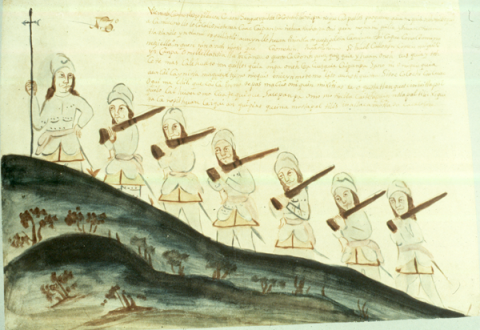 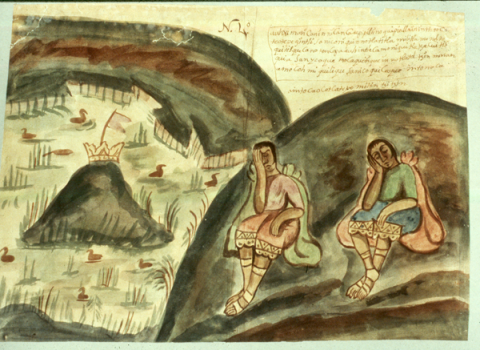 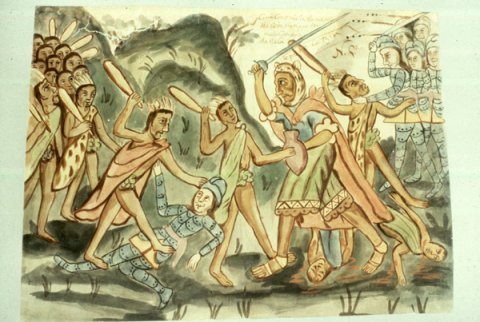 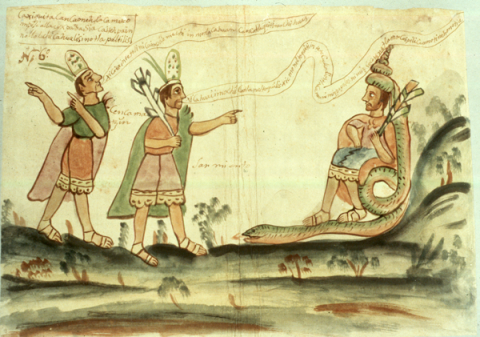 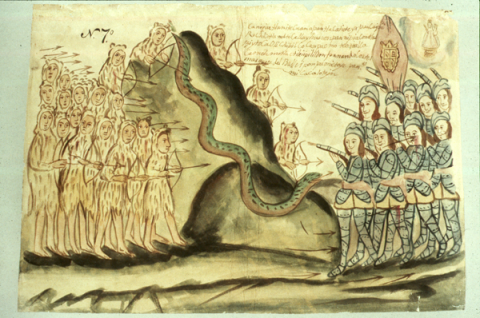 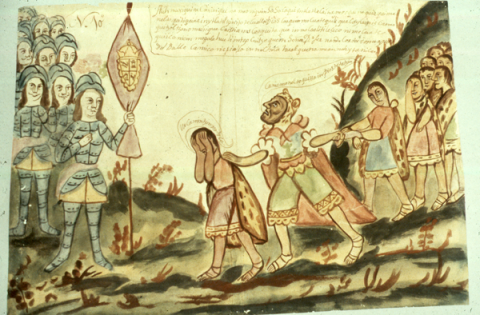 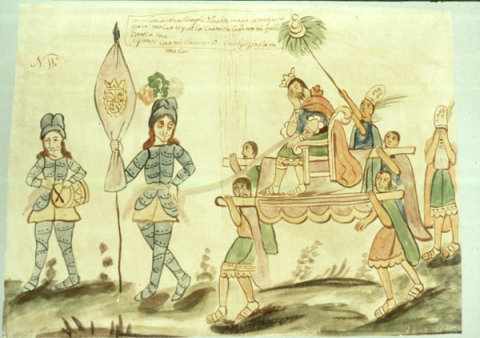 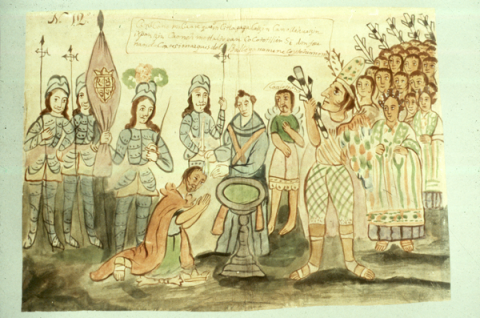 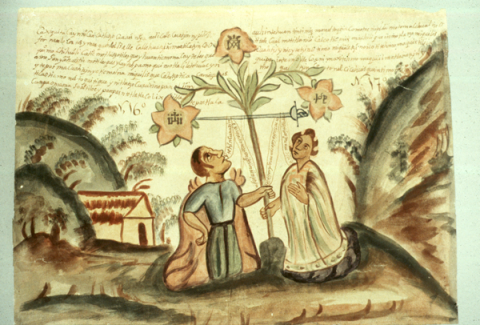 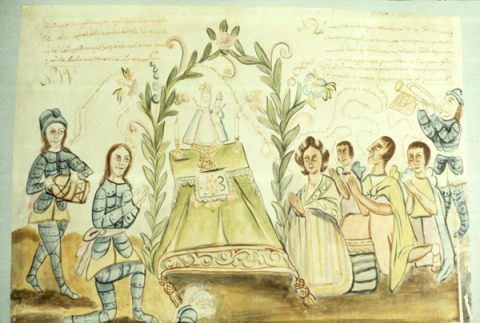 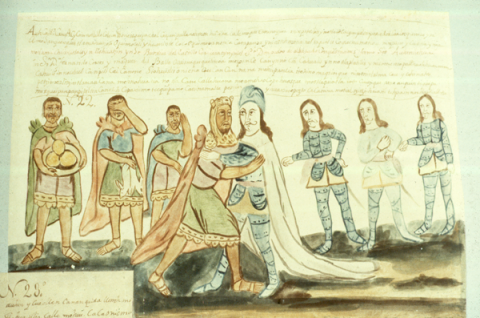 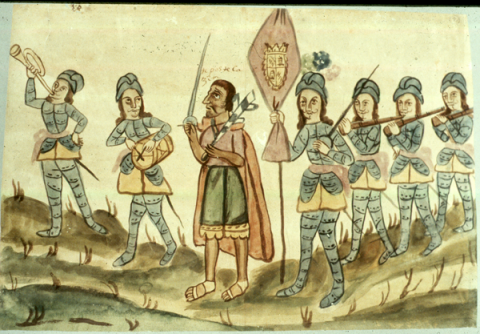 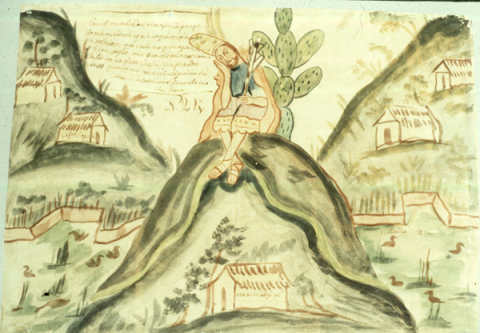 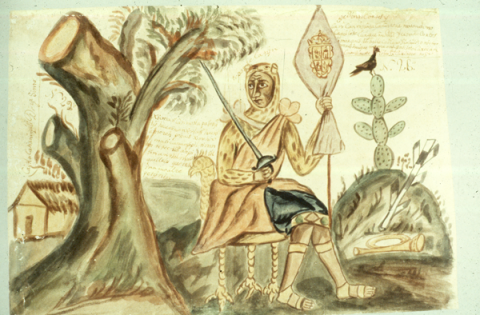 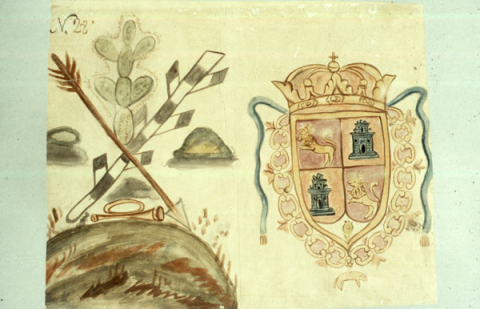 This is one of many copies (most, from the nineteenth century) of what may have been a sixteenth or seventeenth-century pictorial manuscript from a small town near Cholula, Mexico, called San Juan Cuauhtlantzinco (today spelled Cuautlancingo). It describes an alliance between the local indigenous elite and the Spanish conquerors in 1519. Apparently these are storyboards for a play relating to the promotion of Christianity by Nahuas, baptism, and celebrations about Spanish-colonial era changes from the point of view of people who took advantage of the alliance with Spaniards to defeat their traditional enemies (the Aztecs).

Title variants:
Mapa de Cuautlancingo
Principal editor:
Stephanie Wood
Provenance:
Prior to its acquisition by Tulane University, this copy of the Mapa de Cuauhtlantzinco was in the collections of José Fernando Ramírez, Quaritch, and William E. Gates.Martha Barton Robertson published a description of this manuscript in her presentation, "Mexican Indian Manuscript Painting: A Catalog of the The Latin American Library Collection, Tulane University," for the 47th International Congress of Americanists at Tulane University, New Orleans, Louisiana, July 7-11, 1991. (A copy has been provided to the Mapas Project by David Dressing at the library, in June 2004.)Martha Barton Robertson writes: "The original Mapa, consisting of 44 oil paintings on European paper, each 30 x 40 cm., was discovered in 1836 by the Padre D. José Vicente Campos, in 1855 he had them pasted on cotton sheeting and mounted in two wooden frames to save them from decay. Adolph F. Bandelier saw them briefly in 1881, and Frederick Starr, who visited the pueblo in 1895, photographed each frame. Returning in 1898 to take better pictures Starr found that part of one frame had unfortunately been destroyed by fireworks."Starr described one of the stretchers as having 27 painted scenes (with 29 numbered Nahuatl texts) in 3 horizontal rows; the second had 2 horizontal rows with the odd one set crosswise at the right-hand end. A Spanish translation by Padre Campos assisted by townspeople in 1855-56 was written on the border of the pictures on paper pasted on the canvas."The Tulane copy, which is of thelarger frame, is mounted here as a lienzo, the paintings in the order that Starr found them in the village in 1898. A semi-boustrophedon feeling in the arrangement, similarity of some of the subject matter, and stylistic parallels with Techialoyan painters should be notes. Another copy on a 'tira' of paper but without the Nahuatl texts was made in 1892 and exhibited in Madrid for the Junta Colombina; it is now MNA (35-102)."