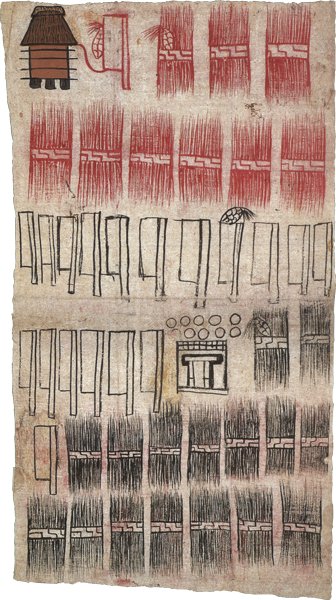 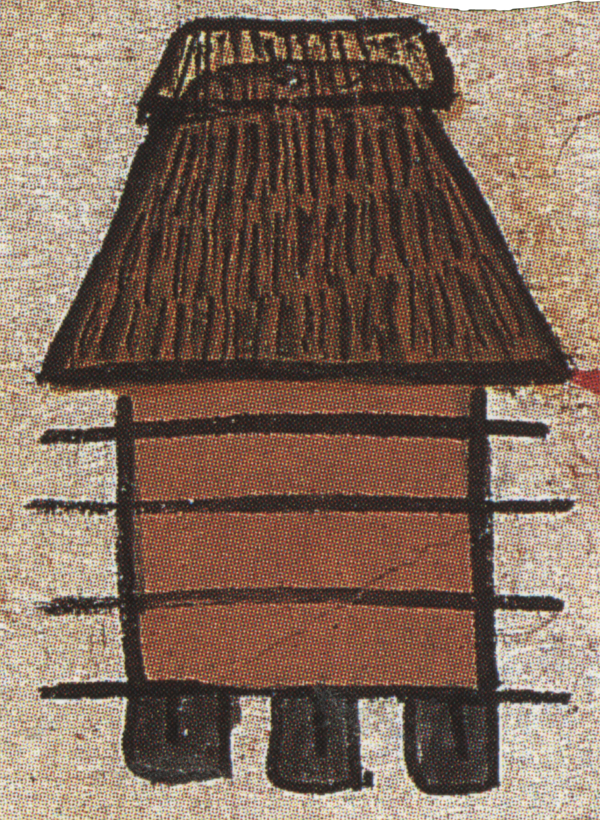 This is a detail of a cuezcomatl, or maize granary. It represents a pre-Hispanic architectural design that continued to be used in Mesoamerica and can still be found today in some remote rural areas. The granary is painted brown. It has legs that keep it a bit removed from the ground, part of the design that helped store the maize for long periods. The horizontal lines are indicative of its construction, which could combine adobe, thatch, and poles. The roof here is clearly thatched, with a separate layer of thatch at the top that either allowed for some degree of air circulation and/or to keep rain out. Some granaries today have a removable ceramic pot over the top. Granaries were often so large that they required ladders to get to the opening for inserting or removing the corn. The opening was usually on one side of the part that was thatched. [SW] [Note: To see photographs of contemporary “cuexcomates” (Hispanized term), please go to http://imryt.org/television/morelos-es-rodada/chalcatzingo and http://www.trotamexico.com/es/articulo/morelos/jantetelco/artesanias/lu/cuexcomate/.] 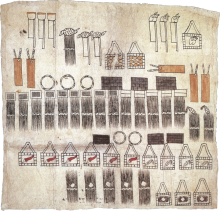 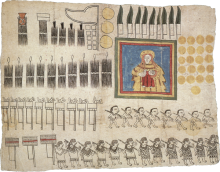 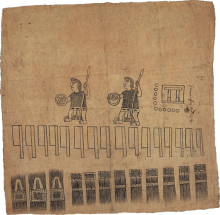